(In Vastai this is usually part of a petition for the God of the Silent to send one a good husband and a happy marriage. These three, however, were asking for the forest to preserve their friendship so long as they lived, and keep undesirable complications like husbands far from their doors.) 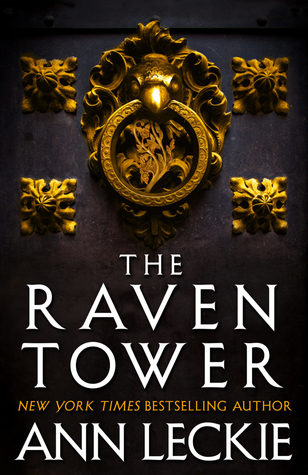 Bit late getting this one up, though in my defence it’s because I have been ill with flu for the last week, rather than any particular failure of mine, so that’s something at least. I am mostly recovered now (other than a persistent cough) so back to review writing I go!

This is another book I was pretty excited to read, when I realised the paperback had come out I pretty much squealed in delight and ran to buy it (I should have pre-ordered it, but apparently I forgot to sort that out).

I fell in love with Ann Leckie’s writing, characters and world-building in the Ancillary series (I am currently finally getting around to reading the last one, I kept putting it off because I didn’t want it to end) so the fact that she had written a fantasy book definitely got my attention!

The book itself is written in the second person perspective, which is an unusual choice but Ann pulls it off with her usual talent. At first we don’t really see or perhaps entirely understand what is telling the story, it seems to be being told to the character of Eolo, a companion to Mawat, the Heir to the Lease. It’s made pretty clear early on that Eolo is a trans man, which made me pretty pleased to see, we definitely need more representation of trans people in SF&F.

Mawat has returned to take over the reins of Lease (a position that seems to be half King and half Priest) from his father who is due to make the required sacrifice of himself when the avatar of the Raven god of Vastai dies so that the sacrifice can power the rebirth of a new avatar and allow the god to continue his duties to the land.

The two of them return to find that Mawat’s uncle is now Lease and his father is nowhere to be found, vanished without a trace from a tower that there is supposed to be only way out of. Mawat and Eolo must now try and work out what happened and what is going on in the Kingdom.

We also slowly learn more about the gods and their origins through the tale of a god known as the Strength and Patience of the Hill, who tells us about the origins of Vastai as well until both stories eventually tie together in an absolutely beautiful way that left me really wanting to read more in this world because it’s done so wonderfully well.

There’s something very Shakespearean in part of the story. The events surrounding what happens with Mawat/Eolo in Vastai definitely contain elements of Hamlet if you look for them, though obviously it’s not exactly the same, nor done in the same way. This is a book with lots of different levels and meanings to it and I look forward to finding out more of them next time I read it.

I cannot comment much on how well the trans male character is done. From a cis perspective, he seemed to be handled sensitively and well, but I am not trans so I cannot claim to be an expert on the trans experience. I have heard much praise from my trans friends who have read it, so generally seems to be good overall.

The worldbuilding is very original, I have never seen a take on gods like the one that Ann Leckie presents here and she takes us on a masterful tour of how it all works very well. We learn the rules, what can and cannot be done and how the magic of the gods seems to work and how their interactions with humans also work. There are some gaps in our knowledge, even by the end, but that didn’t feel like a bad thing, I quite like having more questions than I had answers to by the end of a book unless those questions are fundamental issues that leave whole chunks of the plot unresolved in an infuriating way and that was not the case for me here.

But yes, I highly recommend this one, it’s brilliant. Also, if you haven’t read the Ancillary series starting with Ancillary Justice, I recommend those as well. Not sure what she has coming out next, but whatever it is you can guarantee I will be buying and reading it. She’s definitely made my list of must read authors.